Why Ibiza is called the White Island?

Most travellers who visit Ibiza for the first time are surprised by Ibiza’s colours: green, blue and white. The pine-tree covered hills and the coves and beaches with beautiful shades of water explain the first two colours, but what about the white? Read this post to find out why Ibiza is called the White Island.

Why is Ibiza known as the White Island?

It was in the 40s when Ibiza started to be known as the “white island” when it was used as a tourism slogan, but this wasn’t the first time this name had been used as it dates back to the early 20th century. According to the article in the Diario de Ibiza newspaper, La Isla Blanca (The White Island), the multi-faceted Catalan artist Santiago Rusiñol coined this name after his trip to the island in August 1912, when he described Mallorca as “the island of calm” and Ibiza as “the white island”. Not only is this description still alive after more than a century, it has also become one of the island’s best slogans. 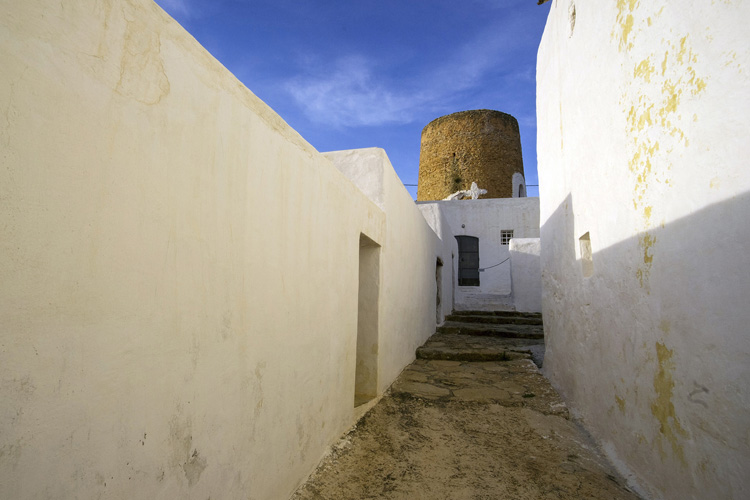 Why is Ibiza the White Island?

The countless hills covered in pine trees scattered around the island and the valleys with crops were not that different from the Catalan landscape Santiago Rusiñol was used to. However, the unique character of the Ibizan architecture did surprise this journalist and writer who was also fascinated by archaeology. During his trips to the island, he was able to visit the fortified churches in Ibiza as well as the traditional country houses that stand out for the whiteness of their lime-covered façades. It’s easy to enjoy the simple beauty of the country houses in Ibiza as there are so many good examples. If you're staying at the country hotel Casa Maca or you’re planning to have dinner outdoors at its restaurant whilst overlooking the city of Ibiza, you will be able to see first-hand what the old Ibizan country houses looked like, as this one is 300 years old and has been restored with tender care keeping its traditional elements. 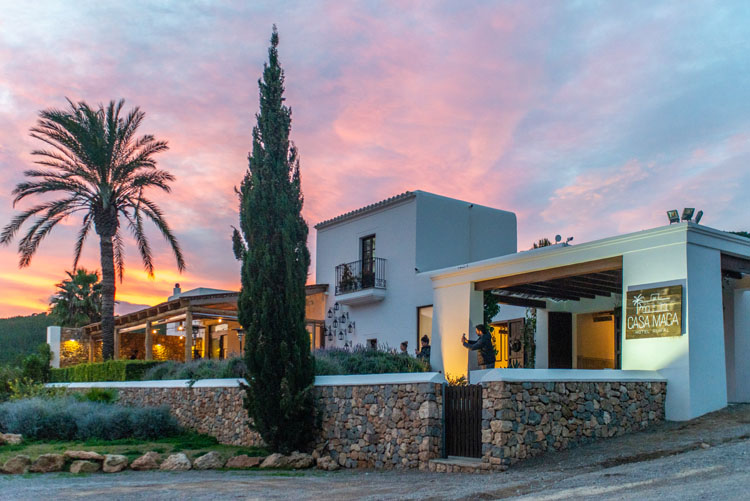 For your holidays at our boutique hotel in San Antonio, Hostal La Torre, we suggest you rent a car and drive through the smaller roads inland to discover the villages that once inspired Santiago Rusiñol to call it the “white island”. If you do, don't forget to include Puig de Missa in Santa Eulària des Riu and the valleys that are home to the villages of Santa Agnès and Sant Mateu, where you will find good examples of the traditional country houses.

It was in the 70s when the work of the Ibizan seamstresses on women’s shirts and petticoats started to draw the attention of the island’s visitors. The spirit of freedom that the hippies had injected into the island encouraged people to forget about the strict standardised fashion and seek their own style with different clothes made with natural materials. This is what led Smilla Mihailovitch to start the Adlib fashion (Adlib comes from the Latin term Ad Libitum, that means “with freedom”). The white petticoats and camisoles worn by country women, along with espadrilles, straw baskets and hats, soon captivated travellers and specialised magazines and became another icon of Ibiza, thus reinforcing the name of the “white island”. 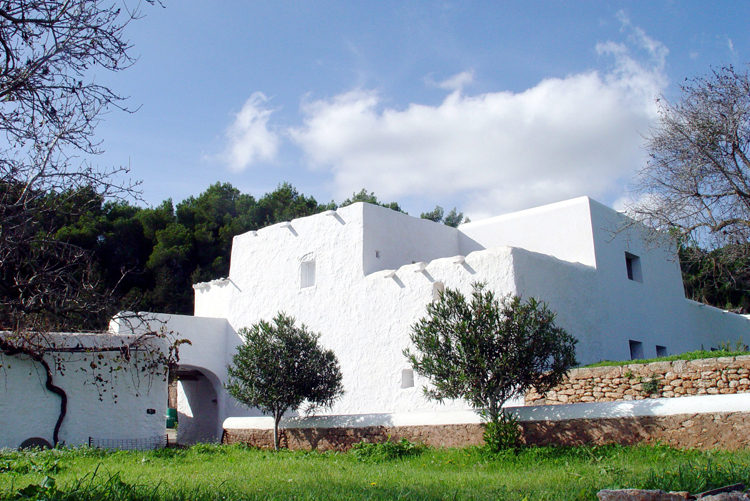